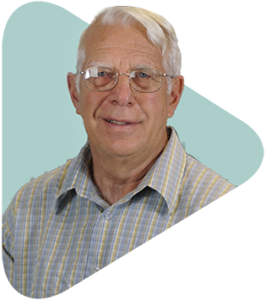 When I first started doing field work for Global Recordings Network (GRN) back in the 1970s, I was visiting Native Americans on different reservations, checking recordings that had been made years earlier. I would ask them if I could play something for them to confirm if this was indeed the language and dialect they spoke.

When it started playing, they always got a big smile on their faces. Most would immediately ask, “Where did you get that?” It was surprising for them to hear a white man playing a well-produced story in their own language, spoken not by an outsider, but by one of their own.

So I would respond by asking, “Can you understand that?” That’s when they would say, with an expression that displayed some self-worth and a touch of pride, “Sure I can! That’s my language!”

The magnetic power of the mother tongue produces such a feeling of value and respect. The people we serve don’t necessarily say it, but they recognize the interest and effort required for these recordings to come into being. They wonder: Who has this kind of interest in me, and the skills and ability to produce this? Who is this person speaking my language?

Over the years, I have had the privilege of being the recordist for a number of languages. But not long ago I had an unusual opportunity. The GRN office here in the United States decided to create English samples of the programs we produce in other languages all over the world. I thought, “Hey, that’s my language!”

I had the great honor of recording myself reading a number of our scripts in English. If you have ever wondered what GRN produces for other languages all over the world, you can now listen to many programs in English on our website or through our 5fish app. Many have also used these English recordings as a tool for teaching English as a Second Language (ESL). I hope all the supporters, partners, and friends of GRN will experience this. ■