The Board Members of Global Recordings Network USA are a vital part of our team and instrumental to our success as a ministry. 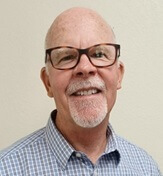 The son of former staff members Bill and Nancy Cornthwaite, Bill has always had a place in his heart for the work of GRN, went on some pretty rugged jungle recording trips before he was married, and was called to serve on our board in 2004. Bill was president and CEO of his own business which he sold in 2021. He is married to Dee. They have 4 daughters and 10 grandchildren and they live in Escondido, California. Bill has been on the board of the United Indian Mission, and he has served on the Board of Elders of his church, Emmanuel Faith Community Church. As chairman of the missions council at Emmanuel Faith, Bill traveled to several countries and has a heart for indigenous people. 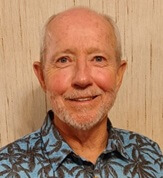 Mark spent his working life in sales and management. He came on our board in 2017. He has led teams for Men On A Mission building ministry out of his home church, Emmanuel Faith Community Church, and currently has enjoyed leading groups to the Hume Lake conference centers to build and repair. He and his wife Kathy have six children, many in full-time ministry. They live in Esconidido, California.

Preston grew up on a Wyoming ranch, earning a business degree from the University of Washington, and soon after moving to Flagstaff, Arizona, he met his wife Mailynn. They now have three sons. Preston and Mailynn have been faithful members of Flagstaff Christian Fellowship since 1994 where Preston is currently serving as Deacon of Youth Outreach. He has worked in information technology and education since 1994. He has started and been involved with several businesses. For the past seven years he has freelanced as a programmer for companies like Virgin Galactic & High Altitude Personal Training. His interests include hiking, politics, and space exploration. Preston has volunteered with GRN on two short term mission trips to West Africa and for six weeks at the former home office in Temecula, California.

Mack was called to serve on our Board in 2004. His desire is to bring GRN before each church in America, to encourage a much broader base of committed financial and prayer support. He believes technology can help GRN to present a sense of urgency in reaching the lost, to promote recorded communications for non-readers, and to provide avenues of involvement to Christians looking to play a part in the fulfillment of the Great Commission.

Mack’s experience in church leadership includes Sunday School, youth, missions, and board Elder. He started serving Wycliffe as Director of Communications in 1994 and has traveled to Papua New Guinea, Panama, Mexico, and Cameroon with them. He has also worked on the Wounaan Old Testament project in Panama. He and his wife Julee have 2 kids and 5 grandkids, live in Temecula, California, and attend Trinity Lutheran Church.

Born in northern Iran, Nasser’s family fled to freedom when he was 12. He was a practicing Muslim until harsh conditions as refugees caused him to cease believing in God. Later, through a miraculous answer to prayer while in Turkey, he started believing God existed and came to faith in Jesus. Each of his family members came to Christ separately. Nasser became associate pastor of Catalina, Arizona’s LifePoint Church in 2011 and lead pastor in 2017. He is currently pursuing a Doctorate in Ministry from Bethel University. A number of GRN staff and volunteers attend his church, within walking distance of GRN’s Catalina (Tucson) office. He and his wife Nicole, a former missionary to Turkey and a Tucson native, have two children. 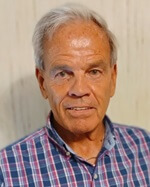 David began by serving on our GRN USA Advisory Board, and was elected to full Board status in 2016 where he has been a committed encourager of the GRN staff. David served as the Global Staff Pastor for Every Generation Ministries, an international ministry to children that seeks to transform children in Christ through His Church. He is now retired. He and his wife Franci attend Emmanuel Faith Community Church in Escondido, California, where he is an adult class teacher.

Born in Alabama, Tim accepted the Lord at an early age. His father was a pastor in California who blessed his family by balancing his work and family responsibilities. Tim and his wife Lois have four grown children, and live in Southern California. He has served the Lord with Mission Aviation Fellowship for 30 years in Lesotho, Albania, Kazakhstan, and Turkey. He remembers delivering CardTalks to end users, and values the friendships he made with people of various cultures. His leadership roles in the last two decades have taught him strategic planning and how to identify organizational issues. He has developed “a deep appreciation for the daily struggles of serving outside our comfort zone” and now works within tech services.