From Shoeboxes to a Mobile App: Carrying the Story of Jesus

In my 37 years with the Southern Baptist International Mission Board (IMB), our focus has been engaging, then establishing churches, and then enlisting the churches that are  established in the Great Commission. I wear several different hats related to Global Recordings Network: one is how Global Recordings can be used in Scripture impact through IMB and with many other ministries and partners globally.

But I also have the personal side — the way I used it when I was in the field myself and the way I use it today.

“Load me up!”
I was first introduced to Global Recordings in 1984 when I transitioned from Nigeria to northern Ghana. I was told I was going to be learning a language — and that there were probably 80 to 100 languages in the country. And as a church planter, I really wanted to have some way to sort that all out.

I found out that I could get cassettes in the language of the peoples of Ghana and I could get free copies in each of those languages. So I said, “Well, load me up! Give me one of each.” I put them in a couple of shoeboxes and took them to Ghana. As I met people who spoke other languages, I always had something to share with them.

Taxicab Evangelization
Today, when I know I’m going to a certain restaurant or I’m going to be in a particular neighborhood, even in the U.S. or in an airport or anywhere else, I can use Global Recordings Network’s 5fish app to access recordings of Bible stories. And I can let somebody listen to one of the recordings in their own language.

A couple of years ago, I was attending a meeting in San Francisco and we asked a taxi driver to take us back to the airport. He was there very faithfully at 4:00 in the morning. I got in the front seat and I had a couple of my other colleagues with me and they got in the back seat. I noticed that the driver had an African accent. So I began to talk to him and try to find out where he was from. When he said he was from Ethiopia, I asked, “Oh, well do you speak Amharic?”

“No I don’t speak Amharic.”

“So, what language do you speak?”

“Well, just guess,” he joked with me.

“Well, first of all I’m doing pretty good just to know that Amharic is spoken in Ethiopia. Most Americans don’t know that. But ok, I will guess. My second guess is that you speak Oromo.” He was shocked. “You know about Oromo?!”

“Yes. Do you speak Harar Oromo?” By now, I was already into the 5fish app, and this was the first dialect that I saw on my mobile phone. After confirming he was a Harar Oromo speaker, I had a recording from 5fish downloading on my phone right away. I began to play it, and he took my phone out of my hand.

He looked at it while he’s driving down the road, which was probably not a good idea, and said, “This is wonderful.”

I replied, “Well, you know what? The rest of us in the car don’t know why it’s wonderful because we don’t speak Oromo or Amharic or Harar Oromo. You are the only one in the car who can speak that language. Would you mind just telling us what’s on there?”

And he began back-translating it to me and to my friends. He told us the story of Noah, which of course was what was playing on the recording. So that was pretty exciting to see this guy sharing what he was hearing with us. After the 10-minute drive to the airport, he was looking at my phone and writing down what app he could download so that he could go back that night and share it with his family.

These are opportunities we all have, if we just think ahead a little bit.

Closing the Gospel Gap
I have a special folder on my phone and whenever I meet someone from another country, I can hone in on their language and let them hear the gospel. I can share this with people, and they get really excited — and I can do this even though I don’t know their language. It really helps me to have something I can share.

If you think about those days when missionaries had cassettes, crank tape players, things like that — no matter how many you had, you always needed about a thousand more. We still have that gap today between Scripture stories that have been completed and what’s actually been distributed and is making an impact on people. But Global Recordings Network has the recordings and the equipment — with mobile hotspots and other ways — to go about trying to bridge that gap. ■ 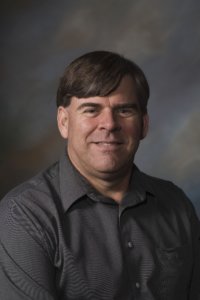 Jim Haney
DIRECTOR OF GLOBAL RESEARCH,
INTERNATIONAL MISSION BOARD
Jim Haney has served with IMB since 1981 — first as a missionary and church planter in Nigeria and Ghana for 18 years, and then in the Global Research department from 1999 to present, including 12 years and counting as director. He has degrees from Southwestern Baptist Theological Seminary and Midwestern Baptist Theological Seminary, including a doctorate in Ethnic Theology. Jim served on the field with his wife, Donna, and they have been married for 42 years. Jim has two grown children, Heather and Rachel.

Through GRN recordings and the ministry of International Mission Board, PRAY that those who hear Bible stories may be open to receiving Christ and to carrying his story to their friends and family.

The recordings of GRN are given as a gift to churches, ministry partners, and people around the world free of charge. GRN has the economic provision to continue this work only because of people like you that PROVIDE ongoing, generous financial support.