The Next Language 7 “Give Me This Mountain”

As I gave my presentation to the Brazilian Board last month, I echoed the words of Caleb, “Now therefore give me this mountain,” (Josh. 14:12). In my hand was the list of the world’s unrecorded languages, which at that time was 2,013 languages (that number has grown since then).

Like Caleb I was asking God for the completion of a job in my elder years that I had engaged in over 50 years earlier as a junior recordist. Perhaps the mountain metaphor was on my mind because of a National Geographic documentary, Free Solo, which I had watched on the plane between Miami and Sao Paulo. It was inspiring to watch the tenacity of Alex Honnold who achieved his ten-year-long dream to climb El Capitan in Yosemite Park, USA with no ropes.  This granite monolith was first climbed in 1958.  At that time, it took 47 days over 18 months to make the first ascent – with ropes and climbing gear. 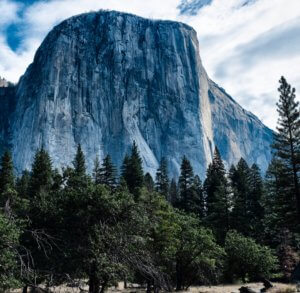 The focused intentionality and discipline to climb a rock like El Capitan is what I have asked God to duplicate in the lives of many new recordists as we pursue the languages of the earth that are the most elusive and as yet unrecorded.  Unlike the well-defined icon of El Capitan, our mountain of unrecorded languages is growing bigger.  Since I came back to direct the work, we believe we now have evidence of almost another 1,000 languages that were hidden among the unconfirmed dialects in our database. It appears our mountain is still partially eclipsed from view and is even bigger than our eyes can see.  However, the Son of Man who came to seek and save the lost (Luke 19:10) sees the people who speak these languages, and seeks after them. Will you join Him in ascending this mountain to reach them?