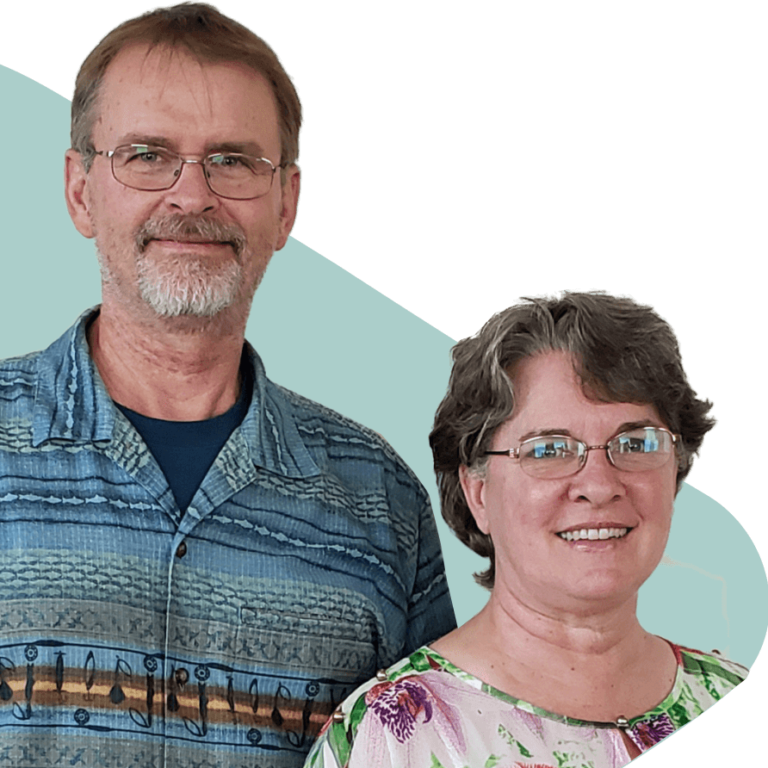 How Dan and Joan serve with Global Recordings Network

Dan has returned to Global Recordings USA as Director of Operations and Facilities and Joan as Finance Director.  Both near the USA office in Arizona.

Dan was born in Thailand as the second son of a missionary family and he believed in Christ at a young age.  Joan is the eldest of six children and came to a saving faith in Jesus at age 19.  They met soon after that when they were both students at a Bible school in South Carolina.

Dan and Joan were married in 1986.  They have two adult daughters; Jenny is married with one child and working as a nurse in a Colorado hospital, and Abby is married and doing social work in the Arizona healthcare system.  One of Joan’s life verses is John 10:10, “I have come that they might have life and that more abundantly.” Joan desires that everyone would have the opportunity and the open heart to receive the abundant life Jesus wants to give to them.  Dan’s missionary verse compels him in his work at Global Recordings. It is John 10:16, “Other sheep I have, which are not of this fold: them also I must bring, and they shall hear my voice; and there shall be one fold, and one shepherd.”

Dan and Joan began their time with Gospel Recordings right out of Bible school in 1980 and 1982 respectively.  Dan was trained in recording by Larry DeVilbiss in LA in the early 80’s.  He and his brother pioneered the now-well-established GRN work in Nepal.  Joan went to Nigeria as a recordist traveling partner and was later trained in Kenya to be a recordist.  Together they have done recording in Eastern Europe, Nepal, India, Nigeria, and Russia. They have also co-taught recordist training courses in India, Los Angeles, and Nigeria. After a 4-year absence from GRN to help establish a work in southern Siberia they have returned to Global Recordings USA.  Joan has experience in secretarial, accounting, teaching, and counseling work.  Dan is an innovative handyman with a pastoral heart for people of all cultures.