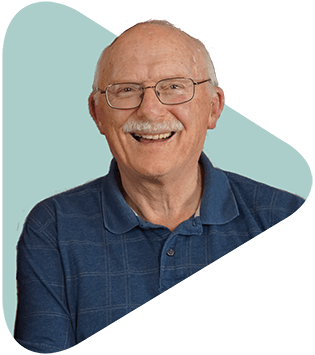 Allan has served Global Recordings Network in various capacities since 1962, including leadership.  Allan currently assists in several departments.  Allan edits articles for the International Prayer Coordinator’s office and writes columns for the Global Prayer Digest, a publication of Mission Frontiers, and for our own ALERT publication. Allan also oversees a team of work-from-home volunteers in the Language Tracking department.

Raised in the Anglican Church, Allan came to faith in Christ while staying at the YMCA in Cape Town, South Africa.  The first time he heard about Global Recordings Network was from a visiting speaker at the YMCA; he felt a distinct call from God to serve at what was then Gospel Recordings.  After Allen joined Gospel Recordings, he worked in the Cape Town office for a year before being asked to come to Los Angeles.  God has never failed him, and working for a mission like Global Recordings Network has been a fulfilling occupation.

Allan and his wife Sue, now retired, both joined Global Recordings Network in 1962, but at opposite ends of the earth.  She was in Canada, finishing her time at Prairie Bible College, and Allan was at the southern tip of Africa. Allan is a graduate of the Bible Institute of South Africa.  They met when working together at the Los Angeles office.  They have three adult daughters and three grandchildren.