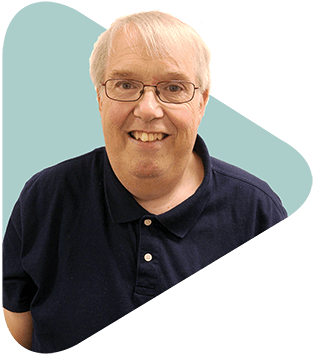 Marc is the manager of two departments, Studio and IT.  As IT, Marc makes sure the network and computers are operational and have all the necessary software and updates the systems need to have.  Marc maintains the Office 365 logins for the USA.  Marc makes sure remote users have the computer applications they need to do their work, especially Macintosh users.

As studio manger Marc continues to remaster programs and working on Audio/Video projects that pertain to studio work. He makes sure recording techs have all the equipment they would need for field.

At the age of thirteen Marc began to follow Jesus. On May 30, 1970, his Boy Scout troop went to a big festival on a campground in Michigan.  On Sunday, there were church services provided for all who wanted to attend.  Marc did not know he would hear the gospel that Sunday, but when he did, he placed his faith in Jesus as his Savior.  The verse that was used to explain the gospel was John 3:16.  “For God so loved the world that He gave his one and only Son, that whoever believes in Him shall not perish but have eternal life.”

Marc and Diane were married in 1982.  Marc and his wife Diane joined Global Recordings Network in June, 2017.  They recently purchased a home in Tucson, AZ, to be close to the GRN office.  They both bring a wealth of experience and expertise in the way they will serve to advance the work of telling the story of Jesus in every language.

Marc has worked in IT for a total of twenty-five years.  He worked in the prosecutor’s office in the courthouse of the city of Columbus, Ohio.  He worked for Upper Arlington Schools, set up and installed Macintosh X-servers, and designed server rooms for ten buildings.  He designed their local and metropolitan websites, designed and maintained computer images for both Windows and Macintosh computers, and helped support the 1200 computers that were used throughout the school district.