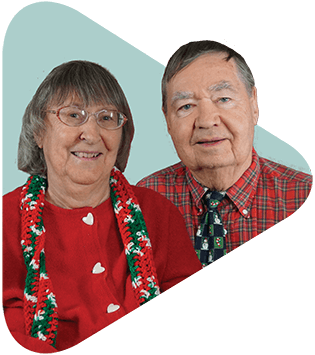 Ross has described his job as “talking to people all over the world.” In that “talking” he kept track of where to tell the story of Jesus next as he monitored the recordings and distribution of recordings in places like Nigeria, Nepal, Togo, Sudan, and other countries.

Until Jan went home to be with Jesus in September of 2020, Global Recordings Network staff members sent Jan their prayer requests for the Network prayer chain. Jan will be missed greatly by Ross, her children, and the GRN family.

Jan began following Jesus at the age of 17, the week before graduating from high school.  Having lost both parents and all grandparents, Jan wanted her short time on earth to count for eternity. God laid on her heart missions – to tell people about Jesus – fruit for eternity.

The Lange’s son and daughter are both involved with missionary work either directly or indirectly. One grandson is with YWAM in Australia, teaching the Bible, and another grandson is with Circuit Riders, telling about Jesus on college and high school campuses and other ministries. Jan and Ross have eight grandchildren in all.

Ross Lange has always had a deep concern for the millions who are still waiting for the gospel. This concern let him and his wife Jan to join what was then Gospel Recordings Network in 1986, when the offices were still in Los Angeles.

Before coming to Global Recordings, Ross had a wide range of experience working with media and outreach with ministry and mission organizations. Jan heard Joy Ridderhof speak when she was a student majoring in missions at Azusa Pacific University in 1959.