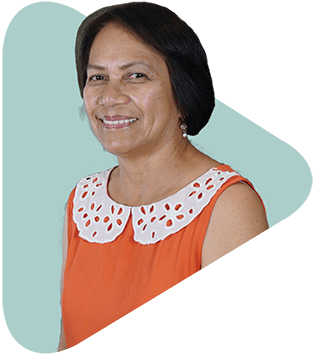 Nenet has retired from active service but still is connected with us through prayer and her ministry as Greg’s wife. She used to serve our foreign missionaries and bases through her diligence in transferring funds internationally. Nenet’s attention to detail was so valuable to our foreign missionaries and ministry. She prayed over every cable she sent.

Nenet grew up on the Philippines. She became a Christian in 1975 through the consistent witness of her oldest brother. In her early years as a believer Nenet was involved in street evangelism in Manila. In the years since then she has served the church in children and youth ministries and in church choirs and worship teams. She met Greg Litzenberger when Gospel Recordings was located in Los Angeles. After they were married in 1991, Nenet joined Global Recordings Network in 1992. She and her husband Greg have 2 adult children and they live in Lake Elsinore.