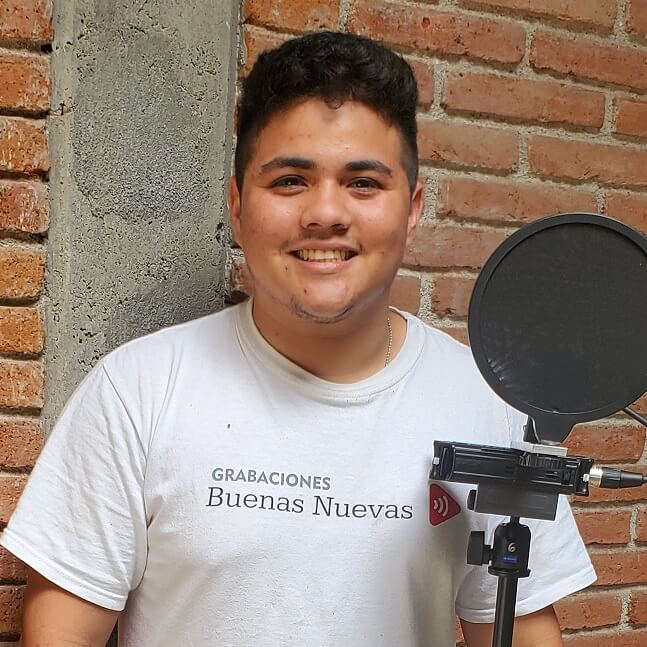 Marcos is a GRN recordist working under Senior Recordist Larry D as part of a two-year internship program. This internship is focused on recording Gospel messages in unreached languages worldwide and training new recordists to continue this task in their own countries.

Marcos was called to GRN full-time in June 2021 when Larry D requested some young men to join him for a two-year recording internship. Throughout the rest of 2021, he served the Lord in Mexico, training, recording, editing, and uploading newly recorded languages. He looks forward to continuing this in 2022 as the Lord leads the team to further recording projects around the world.

On Faith and Family

Marcos was born and raised in Navolato, Sinaloa, Mexico. His family eventually became Christians but was hugely affected by the narco-cartels for which this part of Mexico is famous. As a youth Marcos was involved in working in the agricultural camps where GR has conducted distribution from Culiacan for decades. Eventually Marcos and his church were directly involved with the annual GR distribution outreach. Marcos was converted as a result of the changed lives of his grandfather, mother, and father. Marcos expanded his involvement with GR by traveling with Mike Hendricks into other evangelistic distribution projects.

Marcos majored in engineering in University and actually left that to join the recording team.  Marcos has a gift and love for music and effectively plays several instruments and leads worship. He was actually on a distribution trip with Mike Hendricks in southern Mexico when he called Larry and asked if he could sign up.  Though a Mexican national Marcos came directly under GRN USA leadership for this internship.